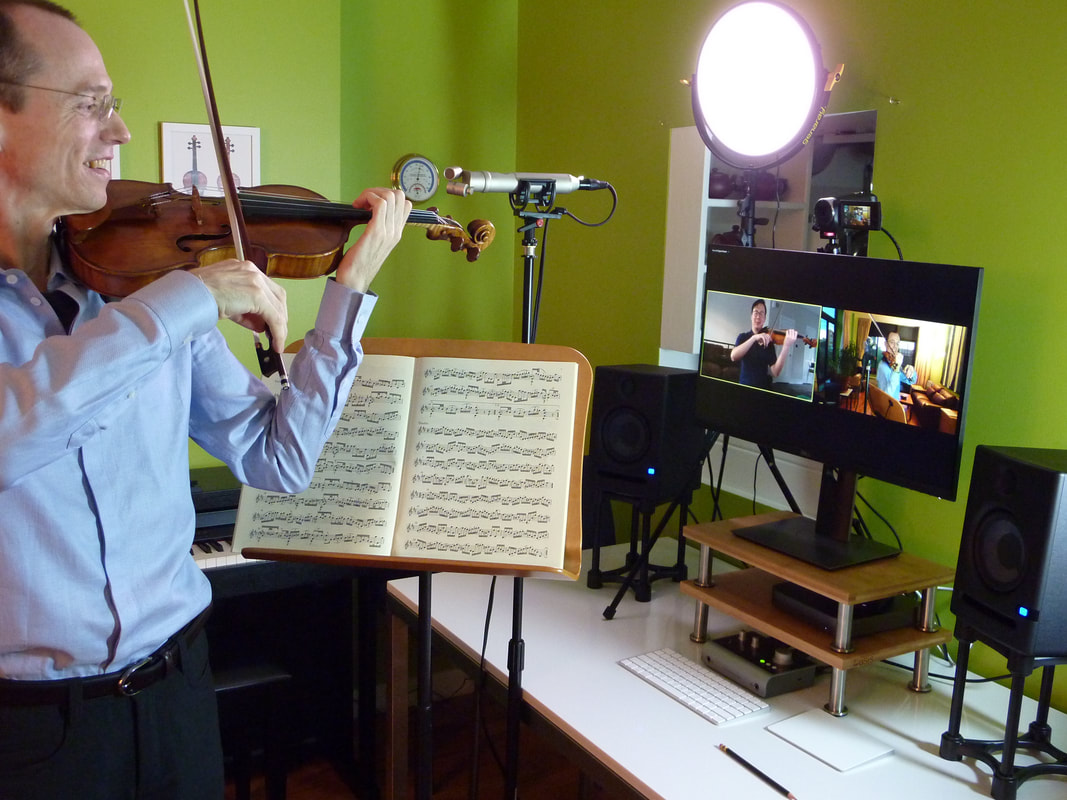 Garrett teaches a Live Virtual violin lesson in his home studio.
Through the study of music we can become more attuned to beauty in the world around us.

Garrett mentors career-track musicians, as well as enthusiastic intermediate and advanced amateurs of all ages who love to play simply for the value music brings to their life.

As a teacher, Garrett nurtures each individual’s creativity, while fostering conscious, purposeful, and efficient strategies for use in the practice room. His students feel empowered to become their own best teacher, crafting meaningful and compelling musical performances.

As a member of the MET Orchestra, Garrett has learned from the styles of great singers past and present, and strives to imbue string playing with the expressiveness of the human voice.

Having won auditions for three major orchestras during his career, and also adjudicated auditions for the MET Orchestra, Garrett can offer insightful and effective audition coaching.
​
His former students have won scholarships to major music schools, and positions in well-known orchestras around the world.

Garrett offers online violin and viola lessons, as well as chamber music, and audition coaching at Lessonface.com and tonerow.com.